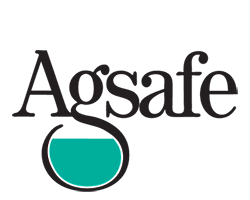 A student and an agronomist have taken out Agsafe’s 2012 Education Bursary.

Brett Barker from Nulawill, Victoria and Steven Serafin from Griffith, NSW, each received $2500 to go towards their studies in agriculture.

Brett, who’s half way through his Bachelor degree in Agriculture at Latrobe University, said the money went straight to a new computer which he needed desperately.

“I’m very pleased to win the bursary,” he said. “After uni, I’m looking to work in broad-acre agronomy before deciding to go back on my dad’s farm.”

During his breaks, Brett returns to his family’s farm of wheat, barley, canola, peas, sheep and turkeys.

“On our 2000ha property we have 7000 turkeys, where they are grown out to 20 weeks before being sent off to St Arnaurd for processing,” he said.

One of Brett’s jobs on the farm is to return their empty chemical drums to their local drumMUSTER compound run by the local cricket club at Nullawil.

Brett said he heard about the bursary from his local reseller Heath Pollington from North West Ag, who thought he should try his luck and apply. Northwest Ag are active participants in Agsafe’s Accreditation & Training program.

As for trainee agronomist Steven Serafin, if there’s one thing he can’t be criticised for, it’s his work ethic.

Along with being a father of four small children, a citrus farmer and a trainee agronomist, Steven will now embark on a four year degree to become a fully-fledged agronomist through distance education.

“My work ethic has always been there since I was young. I was planting vines at the age of four,” he said. “It was my up-bringing that has moulded my work ethic. I was very proud to have been on the farm all my life.”

Steven is a trainee agronomist with Yenda Producers in Yenda, NSW, and has been studying an Advanced Diploma in Agriculture at Yanco College.

He now wants to further his studies and get an Associate Diploma of Agriculture which will help him in his role at Yenda.

“When I won the bursary it made a big difference to my life,” he said. “The money has gone straight to my first five units, which helps out a lot. The bursary has given me an opportunity to learn and further my knowledge of horticulture.”

“Molly has Down Syndrome,” Steven said. “Her condition has made my wife and I appreciate our children and our lives even more. Molly puts a smile on our face every day.”

“Brett’s words really spoke on the relevance of these programs which have helped thousands of farmers, growers and even budding agronomists like Brett,” he said.

“And not only has Steven had experience with using agvet chemicals for his enterprise, he understands the importance of stewardship programs like drumMUSTER and ChemClear which help deal with this waste.”